Under the “War Against Hunger”, Diya India Foundation has stepped up to combat hunger in the capital by providing basic food supplies to the underprivileged families who cannot afford two square meals a day. The idea behind this campaign is to save people from dying due to malnutrition and hunger. Food is as basic as air and water but some people are struggling every day to survive without any food.

Poor nutrition due to lack of food leads to bodily weakness which in turn leads to greater susceptibility to illness and death. Thus poor nutrition, as caused by hunger and poverty, is probably the major crippler of poor people and the major cause of death today in young children.

1 in 4 children in India is malnourished according to the Indian Food Bank. India is home to 194.6 million undernourished people. That’s three times the entire population of France. Moreover, one-fourth of all undernourished people on the planet live in India. We aim to bridge this gap with our efforts and right intentions.
India is an economy with extreme dramatic gaps which is making the poor poorer and the rich richer. Every year there is a significant number of people who die due to malnourishment and several kill themselves because they are incompetent to provide for their families.

Diya India Foundation provide basic food supplies to the families living in the slum area of Nihal Vihar and Madipur, Delhi. Benefitting them with free ration makes them healthier and motivated to be able to earn their livelihood.
Access to food has led to fewer malnourished and anemic Indians in 2017 than in the preceding decade. Therefore, we aim at providing the food supplies every month to these people who earn low or no income to survive. 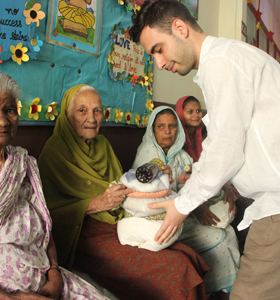 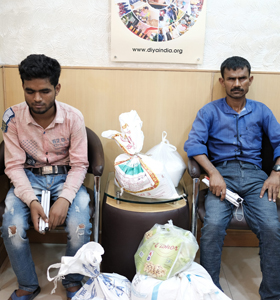 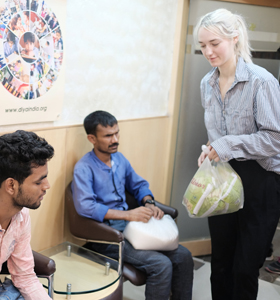 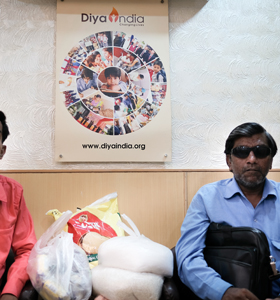 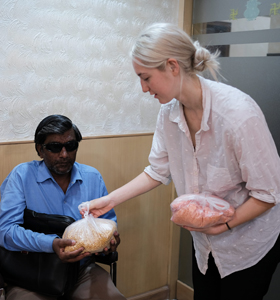 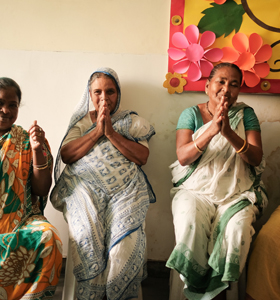 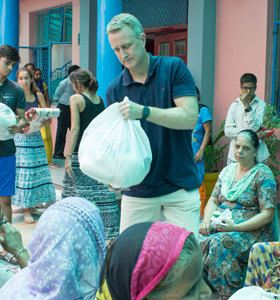